Golden Tag casts off to reel in tourism 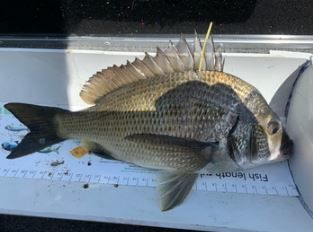 Fishers from across Victoria will have the chance to reel in a golden fish from this weekend, as the State Government casts off the Golden Tag fishing competition to lure tourists back to bushfire affected areas.

Minister for Fishing and Boating Jaala Pulford announced that from Sunday 1 March, fishers from across Victoria can head to East Gippsland and North East Victoria for their chance to catch specially tagged fish worth up to $10,000.

1000 fish are being tagged in lakes, rivers and estuaries including dusky flathead, black bream, trout and Murray cod.

The first ten fishers who report the capture of a tagged fish will take home a $10,000 cheque with subsequent captures netting a $2,000 cash prize for the lucky fisher.

Recreational fishing in Gippsland and the North East is big business and worth more than $600 million annually. It supports over 3,800 jobs and makes a substantial contribution to regional economies and local jobs.

Summer bushfires have reduced visitor numbers substantially during what is normally the busiest time of year for accommodation providers, retailers and service providers.

The Golden Tag competition will encourage fishers to return with family and friends to wet a line, share time together in Victoria's great outdoors and have the chance to take home the catch of a lifetime.

In Mallacoota Inlet, dusky flathead and black bream have been tagged along with tailor, trevally and estuary perch.

The Gippsland Lakes and its inflowing rivers are now home to tagged King George whiting, black bream and dusky flathead, while in the Bemm River, Lake Tyers, Tamboon and Marlo, dusky flathead and black bream have also been tagged.

In the High Country, tagged trout are waiting for a lure, bait or fly in the Dartmouth Pondage (Lake Banimboola), and the Mitta Mitta River and its tributaries below the lake.